Nearly 10,000 flights have been canceled or delayed so far this holiday weekend due to severe weather. Here are the 5 cities most plagued by delays and cancellations at the airport Business Insider

Light pollution indicators for all the major astronomical observatories British Royal Astronomical Society. “The results show that two-thirds of all large observatories have already surpassed the critical 10 per cent increase in radiance over the assumed natural levels.”

Open House The Baffler. “Capitalism favors a certain kind of family unit. Networks of kinship that don’t fit its mold find themselves policed, surveilled, and otherwise punished. It’s something Indigenous communities know all too well.”

Because the bell rings The Imperfectionist

Britain’s winter of discontent is the inevitable result of austerity FT(!)

There’s out of touch and then there’s a millionaire asking a homeless man in a homeless shelter if he’s in financial services pic.twitter.com/d905ygvfOX

China calls US a ‘direct threat’ to the world RT

From a PMC class traitor:

Preparing for the Final Collapse of the Soviet Union Hudson Institute. Lambert: “What they really believe. We’ll see how it works out.”

If the law is passed, the Supreme Court of the Netherlands will be able to impose a ban on the activities of political forces as a last resort ” if they pose a threat to the democratic rule of law”.

Industrial Policy is Not a Remedy for Income Inequality Counterpunch

Big Brother is Watching You Watch

A Roomba recorded a woman on the toilet. How did screenshots end up on Facebook? MIT Technology Review

15+ year ago, I found that Army investigators ID’d Vietnam vets who could be tried for war crimes. They were living in the suburbs. Some are still there. https://t.co/r0pG4X1EEh

Of course the hotly anticipated Final Report from the Jan 6 Committee would not have been complete without shoehorning in a random dot-connecting section on Russia. Apparently on that fateful day, Trump was doing “exactly what the Russian government wanted” pic.twitter.com/rPCWnOyXqg

1. This is an accurate description of oppo research and describes why oppo research did not discover the deceptions of Congressman-elect George Santos

But it skips over a larger problem: the Democratic Party’s failure to invest and prioritize researchhttps://t.co/kshv7oPfNp

“The party-planning process will be streamlined and more administrators will be hired to help facilitate student social life.”https://t.co/xJJ6fDkbma

Our No Longer Free Press

To get a sense of how much @mallofamerica loves and protects the workers that make it run. @kare11 @MPRnews @MNAFLCIO pic.twitter.com/mqkSvJlF0e

Judge: Does the city concede that there is no avenue for a homeless individual to voluntarily access a shelter bed at this juncture?

City: That is correct 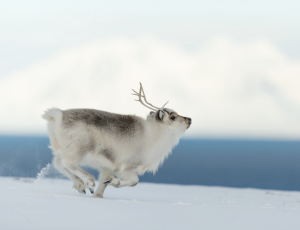