The Thinking Man’s Guide to Hitting a Moose Outside

The White House says the U.S. is strong enough to avoid a recession but Jeff Bezos and Elon Musk think it’s already too late Fortune

A political backlash against monetary policy is looming FT. The deck: “Defenders of independent central banks must think about their democratic legitimacy.”

Emergent phases of ecological diversity and dynamics mapped in microcosms Science. “Using bacterial microcosms, we performed a direct test of theory predicting that simple community-level features dictate emergent behaviors of communities. As either the number of species or the strength of interactions increases, we show that microbial ecosystems transition between three distinct dynamical phases, from a stable equilibrium in which all species coexist to partial coexistence to emergence of persistent fluctuations in species abundances, in the order predicted by theory. Under fixed conditions, high biodiversity and fluctuations reinforce each other. Our results demonstrate predictable emergent patterns of diversity and dynamics in ecological communities.” Hmm.

Wait, why are there so few dead bugs on my windshield these days? WaPo. Late to the game…

You never miss your water….

The #Mississippi River at record low levels in many areas. Here near #Tiptonville, TN people are walking and vehicles have been driving on dry river bed that would be totally under water in normal conditions. #MOwx #TNwx #ARwx #MSwx pic.twitter.com/u4UKW7jXf4

A booster is your best shot now Eric Topol, Ground Truths. “At the rate BQ.1.1 is spreading, it will reach dominance (>50%) in the next month.”

What goes around (NL):

Ok I’ll weigh in. The question for me isn’t whether it’s okay to express schadenfreude wrt Walensky. It’s how can we pressure her, as executor of a family trust whose $ comes from her father’s role in Titan Corporation, to pay reparations to Titan’s torture victims in Abu Ghraib

More on Walensky’s father, Edward Bersoff, here, here, here, and hagiography here (“The first seeds for the new venture came from the Navy intelligence community, where he had become firmly enmeshed”). Oh gawd, Walensky’s father was a spook. However, a cursory search turns up nothing on a family trust. Readers?

TSMC: the Taiwanese chipmaker caught up in the tech cold war FT

Sunak will be terrible, and unless Labour changes tack he could win despite that Richard Murphy, Tax Research UK

Regierung streicht mehrere Rüstungsprojekte im Sondervermögen für die Bundesweh Handelsblatt. I cannot get this to translate, but here is the gist from the not-specially-reliable Visegrád 24:

Several projects will be cancelled or downsized, including:

Trade routes, access to energy, and spheres of influence are the stuff that inspires world wars, and the fight over who would get to be the main supplier of European energy is a powerful casus belli. The United States has every right to lobby against the completion of a Russian-German pipeline. To an extent, it even makes some sense that our government would try to dissemble about who’d benefit from sabotage of the pipeline, after the fact.

However, national press going along with the transparent deception is a lot less forgivable. We’re headed toward a major war and not telling the population the reasons for it. New York Times writer David Sanger for instance knows better than to look into a CNN camera and say, hoping to be taken seriously, that it’s “hard to imagine others with a significant motive.” That such an experienced reporter would pretend he didn’t live through ten years of American politicians screeching demands to stop the pipeline tells you the extent to which government and media have merged. There’s no discernible difference now between the Sangers and Chuck Todds of the world and the craggy-faced retired CIA flacks the networks bring on as guests. The media performance on this one was and is as bad as it gets.

Where US and Ukrainian Aims Collide Patrick Buchanan, The American Conservative

Biden is ‘worried’ about Ukraine aid if Republicans win Congress Reuters. Pesky Republicans keep giving me reasons to vote for them.

Do people learn about politics on social media? A meta-analysis of 76 studies Journal of Communication. From the Abstract: ” A preregistered meta-analysis of 76 studies (N = 442,136) reveals no evidence of any political learning on social media in observational studies, and statistically significant but substantively small increases in knowledge in experiments. These small-to-nonexistent knowledge g]ains are observed across social media platforms, types of knowledge, countries, and periods. Our findings suggest that the contribution of social media toward a more politically informed citizenry is minimal.”

How Binance CEO and aides plotted to dodge regulators in U.S. and UK Reuters

Tornado Cash Is Not Free Speech. It’s a Golem Lawfare

Denis Beau: Between mounting risks and financial innovation – the fintech ecosystem at a crossroads Bank of International Settlements

Everybody Talks About Made in America. But It Isn’t That Simple. WSJ

Soul City: A Black dream killed just as it was coming true Scalawag

It’s wrong (insulting) to assume that African nations are incapable of making good decisions for themselves. Would it be alarming example of US leverage if they voted against Russia?

Luxury: No signs of recession for the global rich The Week (Re Silc). Friends, there’s good news tonight!

How Starbucks baristas spurred a new US labor movement The Hill

Pregnancy Is a War; Birth Is a Cease-Fire The Atlantic 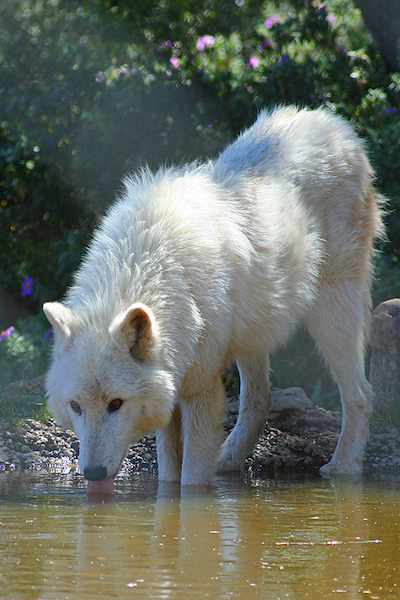