An Accurate Buy and Sell Indicator

by admin
in Financial Advisor 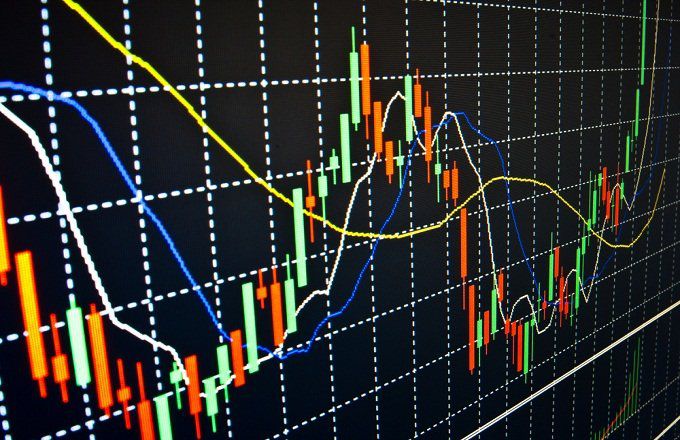 In the late 1950s, George Lane developed stochastics, an indicator that measures the relationship between an issue’s closing price and its price range over a predetermined period of time. To this day, stochastics are a favored technical indicator because they are fairly easy to understand and have a good track record in terms of accuracy for indicating whether it’s time to buy or sell a security.

The premise of stochastics is that when a stock trends upwards, its closing price tends to trade at the high-end of the day’s range. For example, if a stock opened at $10, traded as low as $9.75 and as high as $10.75, then closed at $10.50 for the day, the price action or range would be between $9.75 (the low of the day) and $10.75 (the high of the day). Conversely, if the price has a downward movement, the closing price tends to trade at or near the low range of the day’s trading session.

Stochastics is used to show when a stock has moved into an overbought or oversold position. Fourteen is the mathematical number most often used in the time mode. Depending on the technician’s goal, it can represent days, weeks, or months. The chartist may want to examine an entire sector. For a long-term view of a sector, the chartist would start by looking at 14 months of the entire industry’s trading range.

The stochastic indicator is classified as an oscillator, a term used in technical analysis to describe a tool that creates bands around some mean level. The idea is that price action will tend to be bound by the bands and revert to the mean over time.

An example of such an oscillator is the relative strength index (RSI)—a popular momentum indicator used in technical analysis—which has a range of 0 to 100. It is usually set at either the 20 to 80 range or the 30 to 70 range. Whether you’re looking at a sector or an individual issue, it can be very beneficial to use stochastics and the RSI in conjunction with each other.

Stochastics is measured with the K line and the D line. But it is the D line that we follow closely, for it will indicate any major signals in the chart. Mathematically, the K line looks like this:

%K is sometimes referred to as the fast stochastic indicator. The “slow” stochastic, or %D, is computed as the 3-period moving average of %K.

Over the years, many articles have explored “tweaking” this indicator. But new investors should concentrate on the basics of stochastics.

In the chart of eBay above, a number of clear buying opportunities presented themselves over the spring and summer months of 2001. There are also a number of sell indicators that would have drawn the attention of short-term traders. The strong buy signal in early April would have given both investors and traders a great 12-day run, ranging from the mid $30 area to the mid $50 area.

In technical analysis, stochastics refer to a group of oscillator indicators that point to buying or selling opportunities based on momentum. In statistics, the word stochastic refers to something that is subject to a probability distribution, such as a random variable. In trading, the use of this term is meant to indicate that the current price of a security can be related to a range of possible outcomes, or relative to its price range over some time period.

How Can I Use Stochastics in Trading?

The stochastic indicator establishes a range with values indexed between 0 and 100. A reading of 80+ points to a security being overbought, and is a sell signal. Readings 20 or lower are considered oversold and indicate a buy.

What Is a Stochastic Stock Chart?

Technical traders can add the stochastic oscillator on top of a security’s price chart, which often appears in its own window below the price. There will typically be a horizontal line drawn at the 80 and 20 levels of the index as well as at the mean (50). When the stochastic line falls below 20 or rises above 80, it produces a trading signal.

How Do You Make Stochastic Charts With Excel?

If you have data on the closing prices of a security, you can import that into Excel in order to compute %K. In particular, you would subtract the highest high observed in your lookback period from the last closing price and put this into the numerator of a fraction. In the denominator, you would take the difference between the highest high and lowest low prices over that same period. Then, multiply by 100.

Stochastics is a favorite technical indicator because of the accuracy of its findings. It is easily perceived both by seasoned veterans and new technicians, and it tends to help all investors make good entry and exit decisions on their holdings.

Accountant vs. Actuary: What’s the Difference?

Can You Have Multiple IRA (Traditional or Roth) Accounts?