by admin
in Financial Advisor 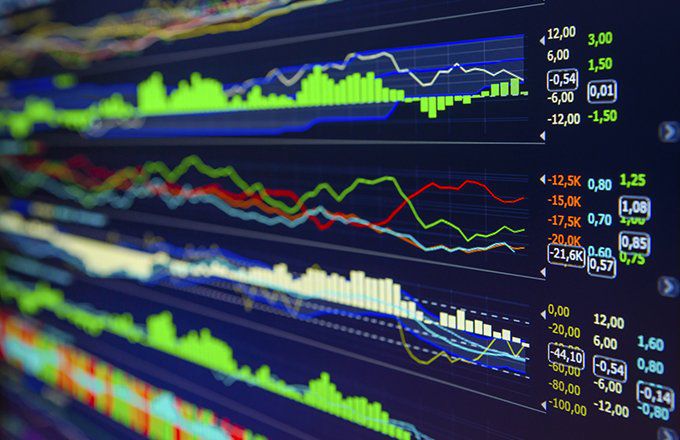 Today, technological advancements have transformed the forex market. Trades can be made quickly over your computer, allowing retail traders to enter the market, while real-time streaming prices have led to greater transparency, and the distinction between dealers and their most sophisticated customers has been minimized.

Another significant change is the introduction of algorithmic trading, which may have led to improvements to the functioning of forex trading, but also poses risks. In this article, we’ll identify some advantages algorithmic trading has brought to currency trading by looking at the basics of the forex market and algorithmic trading while also pointing out some of its inherent risks.

In forex markets, currency pairs are traded in varying volumes according to quoted prices. A base currency is given a price in terms of a quote currency. Forex is considered to be the world’s largest and most liquid financial market, trading 24 hours a day, five days a week.

The daily global average volume of forex trading was approximately $6.6 trillion as of 2019. The bulk of this trading is conducted in U.S. dollars (USD), euros (EUR), and Japanese yen (JPY) and involves a range of players, including private banks, central banks, corporations, financial companies, individual retail traders, and large institutional investors such as pension funds.

The primary reason for the forex market’s existence is that people need to trade currencies in order to buy foreign goods and services, although speculative trading may be the main motivation for certain investors. Activity in the forex market affects real exchange rates and can therefore profoundly influence the output, employment, inflation, and capital flows of any particular nation. For this reason, policymakers, the public, and the media all have a vested interest in the forex market.

An algorithm is essentially a set of specific rules designed to complete a defined task. In financial market trading, computers carry out user-defined algorithms characterized by a set of rules such as timing, price, or quantity that determine trades.

One of the subcategories of algorithmic trading is high-frequency trading (HFT), which is characterized by the extremely high rate and speed of trade order executions. High-frequency trading can give significant advantages to traders, including the ability to make trades within milliseconds of incremental price changes, but also carries certain risks when trading in a volatile forex market.

Algorithmic Trading in the Forex Market

Much of the growth in algorithmic trading in forex markets over the past years has been due to algorithms automating certain processes and reducing the hours needed to conduct foreign exchange transactions. The efficiency created by automation leads to lower costs in carrying out these processes, such as the execution of trade orders. Automating the trading process with an algorithm that trades based on predetermined criteria, such as executing orders over a specified period of time or at a specific price, is significantly more efficient than manual execution.

Banks have also taken advantage of algorithms that are programmed to update prices of currency pairs on electronic trading platforms. These algorithms increase the speed at which banks can quote market prices while simultaneously reducing the number of manual working hours it takes to quote prices.

Many processes have been made more efficient by algorithms, typically resulting in lower transaction costs. Yet, these are not the only factors that have been driving the growth in forex algorithmic trading. Algorithms have increasingly been used for speculative trading, as the combination of high frequency and the ability to quickly interpret data and execute orders has allowed traders to exploit arbitrage opportunities arising from small price deviations between currency pairs.

Within the forex market, the primary methods of hedging trades are through spot contracts and currency options. Spot contracts are the purchase or sale of a foreign currency with immediate delivery. The forex spot market has grown significantly from the early 2000s due to the influx of algorithmic platforms. In particular, the rapid proliferation of information, as reflected in market prices, allows arbitrage opportunities to arise. Triangular arbitrage, as it is known in the forex market, is the process of converting one currency back into itself through multiple different currencies. Algorithmic and high-frequency traders can only identify these opportunities by way of automated programs.

As a derivative, forex options operate in a similar fashion as an option on other types of securities. The foreign currency options give the purchaser the right to buy or sell the currency pair at a particular exchange rate at some point in the future. Computer programs have automated binary options as an alternative way to hedge foreign currency trades. Binary options result in one of two outcomes: The trade settles either at zero or at a pre-determined strike price.

There are some downsides of algorithmic trading that could threaten the stability and liquidity of the forex market. One such downside relates to imbalances in trading power of market participants. Some participants have the means to acquire sophisticated technology to obtain information and execute orders at a much quicker speed than others. This imbalance in algorithmic technology could lead to fragmentation within the market and liquidity shortages over time.

Furthermore, while there are fundamental differences between stock markets and the forex market, there is a belief that the same high-frequency trading that exacerbated the stock market flash crash on May 6, 2010, could similarly affect the forex market. Algorithms may not respond quickly enough if the market were to drastically change, as they are programmed for specific market scenarios.

Markets may need to be monitored and algorithmic trading suspended during turbulence to avoid this scenario. However, in such extreme circumstances, a simultaneous suspension of algorithmic trading by numerous market participants could result in high volatility and a drastic reduction in market liquidity.

How Do You Make Money in Forex?

Forex trading involves buying one currency and selling another at a certain exchange rate. You can profit if that exchange rate changes in your favor (i.e., the purchased currency increases in value relative to the sold one). You can also lose money if the exchange rates move in the opposite direction

How Can Algorithms Help Forex Traders?

Computer systems and algorithms are helpful in automating forex trading strategies, especially when this market can trade virtually 24/7. A major advantage of automated forex trading is the elimination of emotional and psychological influences determining trading decisions in favor of a cold, logical approach to the market. Algorithms can be used to search for patterns in historical data for developing new models.

How Can I Test a Forex Algorithm Before Implementing It?

Most forex platforms will allow a trader to open a demo account prior to funding a full account. Trying out several forex software trading platforms through a trial period can help a trader decide on the best one for their trading needs. Backtesting can also be done by computers using historical data.

Algorithmic trading has been able to increase efficiency and reduce the costs of trading currencies, but it has also come with added risk. For currencies to function properly, they must be somewhat stable stores of value and be highly liquid. Thus, it is important that the forex market remain liquid with low price volatility.

However, the challenge that global market participants face in algorithmic forex trading in the future will be how to institute changes that maximize the benefits while reducing risk.